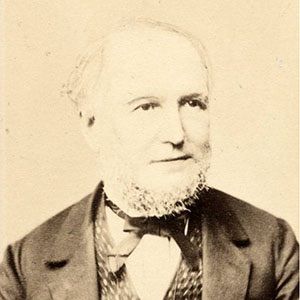 Benjamin Ferrey (1810 – 1880) was a leading architect of the mid 19th century. Holy Trinity’s commissioning of Ferrey makes clear it had high aspirations and significant resources. Ferrey’s work exemplified the Gothic revival that dominated the Victorian period. It was based on a return to medieval forms and styles and the ideals that inspired them. It was the major influence on both church and secular architecture of the time.

Ferrey was a was a pupil of Augustus Pugin, whose designs and writings were hugely influential in stimulating the Gothic revival. He was close friend from childhood of his son. Side by side with his architectural work, Ferrey was active in learned societies and as a writer. 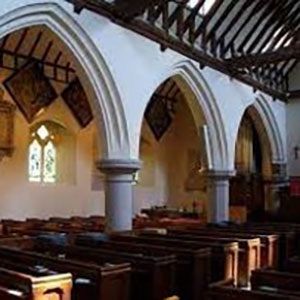 Ferrey designed both secular buildings and churches, many of considerable standing. The staple of his work however, was parish churches throughout England. He designed over a hundred, mostly in the simple Early English style seen at Holy Trinity. Lancet windows, massive nave pillars surmounted by pointed arches and modest ornamentation were characteristic features.

Ferrey also designed some of the additions and extensions to Holy Trinity and the church school building opposite.