Holy Trinity’s tower is a landmark visible from a wide area around. It symbolises strength and continuity.

How the tower was built 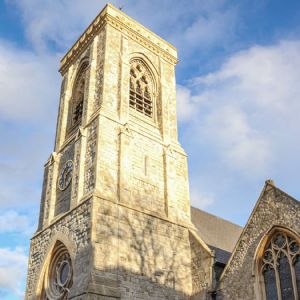 The tower was built in 1860, five years after the church itself. It is built of Kentish ragstone in Early English style. It was designed by Benjamin Ferrey, an eminent architect of the day. He was a pupil of Augustus Pugin, who pioneered the Victorian Gothic revival and its return to medieval forms and styles.

The stone frieze around the top of the tower is a unique feature. It consists of two bands of carved stone flower ornaments. The tower is topped with a shallow pointed roof, with a cross at the top. The clock was added in 1888. 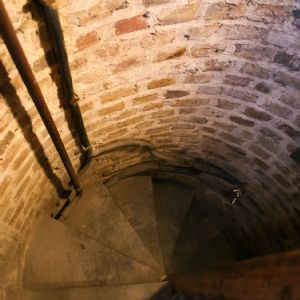 Inside the tower, a stone spiral staircase goes up to a wooden platform housing the clock mechanism. Ladders go up from there to the upper levels where the bells hang and the roof. To meet current safety standards, newly installed steel ladders have replaced the original wooden ones. There are two bells, the second added in 1888.

In the baptistery below the tower, there are three wall paintings from the early 1900s. The stained glass rose window was donated in memory of Augusta Cree, wife of the first vicar, Rev Edward Cree. 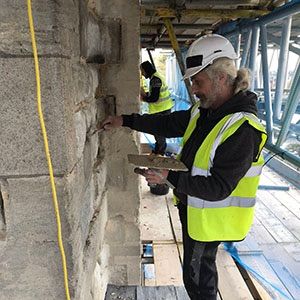 Changes over the decades

The appearance of the tower has changed very little over the decades, but it has suffered in recent years through decay and flaking of the stonework caused by wind, weather, pollution and inadequate drainage.  A major programme of repair and restoration was carried out over 2019/20 with the support of the Heritage Lottery Fund and other funders. It is now sound for future generations.