The church clock through history 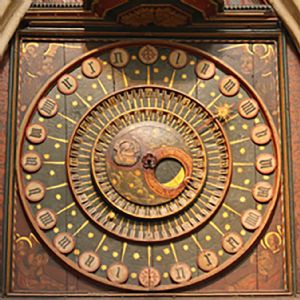 Church clocks have played an important role for centuries in keeping time for communities. Created to summon people to services, they were for a long time the only timekeeping device in most villages and towns. The first clocks, which mostly had no dial or hands, but simply rang a bell, date from the 13th century. The oldest clockface in England is at Wells Cathedral (1389). 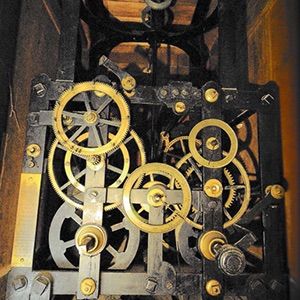 Accuracy increased with the invention of the pendulum in the 17th century. Dials with two hands were added to meet the need for precise timekeeping emerging from the industrial revolution and the coming of the railways in the 18th and 19th centuries.  Victorian engineering advances, especially the development of cast iron, allowed mass production of clocks, and many thousands were installed in the wave of church building that took place from the 1840s on.