History of the organ 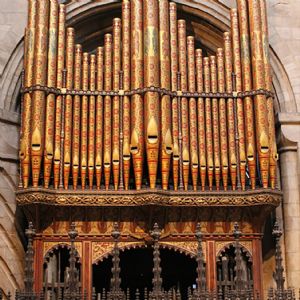 The origins of the organ have been traced back to 3rd century BC in Greece. Organs developed in the Byzantine era and began to be used in churches and cathedrals from the 13/14th century on. The organ reached its recognisably modern form in the early 16th century. Different national styles emerged, and organs with their huge array of pipes were often striking architectural features in themselves. During the Reformation, many English church organs were destroyed and organ builders fled to France for sanctuary. Organs began to be used again from the 18th century on and have remained a staple of worship ever since. The development of the electric and electronic organ in the 19th and 20thcenturies greatly reduced their cost and complexity. 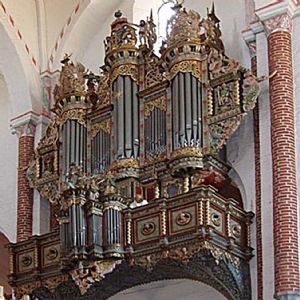 Organs are immensely complicated structures, and the largest historic organs can contain up to 30,000 pipes and seven keyboards. The organ has been described as the most complex man- made device prior to the industrial revolution.