History of wall decoration in churches 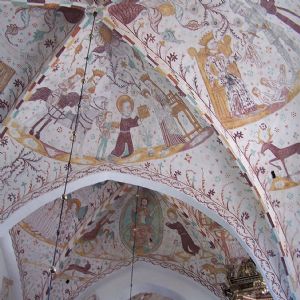 Most medieval church interiors were originally painted with extensive decorative schemes. A variety of techniques were used, including frescoes, in which paint is applied directly onto wet plaster, and becomes part of the plaster itself, and ‘dry’ methods using tempera and oil paints. The imagery expressed visual messages for those unable to read the Bible.

In the Reformation of the 16th century, most wall paintings in English churches were obliterated. Many were destroyed, but it was also common to cover the earlier decoration with new limewash or plaster, on to which simpler, less ‘idolatrous’ decoration was applied. 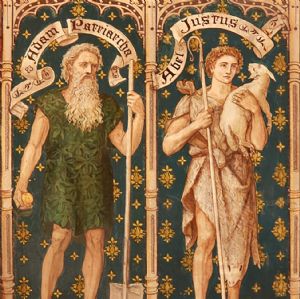